To celebrate the life of John Bonham I will include some lesser known songs he performed on. We all know his famous Led Zeppelin tracks, but I will not include those. Instead some live songs, interviews, collaborations, and movie clips.

James Movement and the Senators-She’s a Mod

P.J. Proby demo with The New Yardbirds as a backing band

“The Led What?” – Interview

Jimmy Stevens – Don’t Freak Me Out

Cameo in Son Of Dracula movie

Roy Wood- Keep Your Hands On The Wheel

I now know I need to find all of these awesome songs and albums that I learned about by researching this post.

We miss you John. RIP.

Using the inspiration from http://vinylconnection.com.au/ , I thought I would do a post featuring gloves somewhere on the album cover. 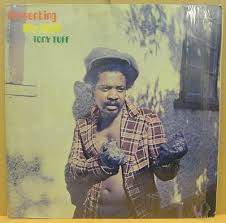 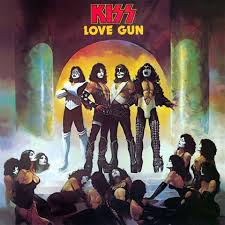 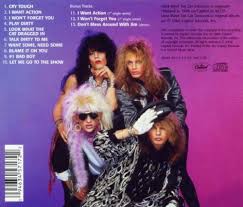 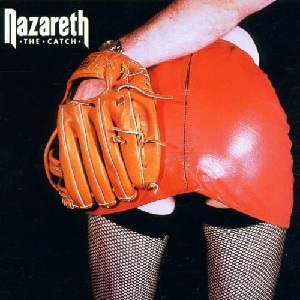 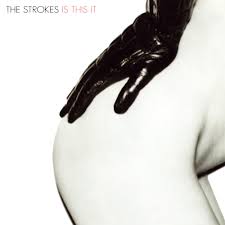 The albums:
Presenting Mr. Tuff – Tony Tuff
Prisoners Of Pain – Judas Priest
Love Gun – Kiss
Enema Of The State – Blink 182
Look What The Cat Dragged In – Poison
The Catch – Nazareth
Is This It – The Strokes
Witch Hunter – Grave Digger
All American Boy – Rick Derringer
Below The Belt – Boxer
And one of the most famous that isn`t really an album at all.

Shout At The Devil

For Those about To Rock

Nature Of The Beast

The Number Of the Beast

Diary of A Madman

April Wine – Nature of the Beast. I got this for Christmas 1981, on 8 track. I recently got back into collecting 8 tracks and found this one again. Rock on.

Dire Straits – Brothers In Arms. Such amazing guitar and vocals. Mark Knopfler is the bomb.

Tom Petty – Full Moon Fever. Some guys named Tom Petty, Jeff Lynne, Roy Orbison, and George Harrison are on this album. Whoever they are.

ZZ Top – Eliminator. They had more bluesy albums, but this one just hit home when I was watching videos on tv back in the 80’s. Catchy songs with great lyrics and musicianship. Just a fun album to listen to.

Pink Floyd – Wish You Were Here. Everyone in the world loves Dark Side but I don’t find it as awesome as WYWH, The Wall, Animals etc. I could only pick one Floyd and it was real close between this and the Wall, but Wish You Were Here was my introduction, so I chose it.

Sex Pistols – Never Mind The Bollocks Here’s The Sex Pistols. This to me is punk. Ramones may have been first to tour and put out a record, but they seemed to be closer to rock/pop to me than punk. Punk was about giving the finger to the establishment and spitting on the crowd during a live show. Maybe getting in a fight. That was the Sex Pistols. To all the children of the 90’s that thought only grunge bands could resonate the feelings of youth angst, I suggest to give this album a spin.

U2 – Joshua Tree. No amount of pretentious asshole frontman blathering could sway me from not loving this album. Another argument for one of the best albums front to back.

Motley Crue – Shout At The Devil. This album was played on radio when they actually used to play metal bands. I had to have it the first time I heard it.

Steve Miller – Fly Like An Eagle. Most people have heard Steve Miller’s greatest hits. They assume he is a classic rock musician. What they don’t know is he has his roots in the blues and he may be a better guitar player than a singer. This album is more about the hits, but I suggest to go through his catalogue if you love the blues.

Quiet Riot – Metal Health. Kevin Dubrow sure could sing, and this album fit in perfectly with the hair metal of the day. it also still sounds good in 2015.

Aaron from Keeps Me Alive asked us to create a list of our 15 fave albums of all time. Damn you Aaron. 😉

This list was very hard to make. I got to the top 30 on the first day. But I think I went through an entire pencil, and pen, and a ton of paper and erasers. Adding some to the 15, taking some off, then flip flopping again. Here is the list. I couldn’t put it in oder, as I could not decide what album would be my favourite of all time. For me, there is no way, and next week it might be different.

I will also be posting a best of the rest. 15 or so that barely did not make the cut, and I encourage others to post this as well for curiosity sake.

For me I just wanted studio albums, no unplugged (Nirvana is my fave), no live (Allman Brothers is my fave), no compilations (too many to list), no boxsets (Led Zeppelin and Rush are my faves), and no more than 1 album from one band.

The Tragically Hip – Up To Here. My first Hip album, and my introduction. They could have 4 or 5 on my list, but I chose this one as I still go back to that bush party in the late 80’s when I first heard this).

Def Leppard – Pyromania. Summer 1983. Walking around with a ghetto blaster and this cassette cranked. Over and over again.

Rolling Stones – Some Girls. I had a Ford Ranger truck with a cassette deck. This cassette was stuck in it when I bought the truck. I owned it for about a year, and this was all I listened to in the truck. Not a bad album to have to listen to.

The Cult – Electric. I owned a Trans Am back in the day, and this was my go to cassette. There is something soothing about tire smoke billowing in though the open T-tops while their version of Born To Be Wild is cranked.

Guns N Roses – Appetite For Destruction. Wow. When this album came out it knocked me on my ass. It still has that effect today.

AC/DC – For Those About To Rock. I got this album for Christmas 1981, and it still brings back the joy of opening presents Christmas morning, and it kicks ass.

Led Zeppelin-Led Zeppelin II. This was a tough one to choose just one album from this band. I flip flopped a ton. 1, 2, Houses, Physical, even 4. It actually came down to today to choose this one(two). For me one of the biggest moments of musical anticipation is waiting for Jimmy Page to blast that amazing riff on Whole Lotta Love. WOW. Also having Heartbreaker and Living Loving Maid blend into what almost seemed like one long song when heard on the radio was awesome as well.

Van Halen – Diver Down. I think I am the only person in the history of music to love this album. They had so many awesome albums. Why this one? It was actually my first ever cassette purchase. I played it to death. I love the experimentation of this album. Others might say it has too many covers and filler. But this is my list dammit.

Bruce Springsteen – Born In The USA. This brings back so many memories. The most vivid was a day in high school when I was behind another metal head in the stairwell. He had a Bruce Springsteen shirt on, and a keener said to him “Nice Spingsteen shirt”. His response was classic. “I’m wearing this because I love the music, not because it’s the in thing to do.” That sealed it for me. I ran to the store that day and bought this album. Possibly the best front to back album ever known to man. The only song on the album that is not a perfect 10 for me is Dancing In The Dark, but at least the video had Courtney Cox.

Rush – Moving Pictures. Another tough one since I could only choose one. It came down to this and 2112. I think since I was a teen in the 80`s, that this had to be the album. Most of my music was metal back then, but Rush always seemed to factor in. Red Barchetta also holds a special place in my heart, as I love cars, and Rush, so the combo just works.

Black Sabbath – Mob Rules. Another hard choice. S/T, Paranoid, Master, SBS, Heaven and Hell, Born Again, Dehumanizer. Which one could I choose, or do I do my entire 15 on Sabbath and be done. Ozzy vs. Dio. That was a big challenge. Since Dio is either my fave or 2nd fave singer(along with Freddie Mercury) I had to finally choose this album. It was my first vinyl purchase ever, so that sealed the deal.

Queen – The Game. Speaking of Freddie. His voice was so incredible. I introduced all of my metal head buddies to classic rock via Freddie Mercury and Queen. It was tough picking only one album, but my second purchase on vinyl. I LOVE Dragon Attack. One of the best bass songs ever, mixed with amazing guitar and drums, AND Freddie. Awesome.

Aerosmith – Toys In The Attic. I stayed for a summer with my uncle and aunt. They were only about 10 years older than me, and they introduced me to Led Zep(and Michael White), and Aerosmith. They had the coolest stereo and an awesome turntable. I spun Toys more than any of his albums. I loved the b side songs the best, as they were never on the radio. Uncle Salty, Big Ten Inch Record, No More No More, and you See Me Crying are still some of my faves.

Triumph – Thunder Seven. My first concert ever was this tour in Toronto, spring 1985(Perhaps a future post). Me and a buddy bagged off school and thumbed our way to Toronto, and since I had long hair and a beard, I guess I looked old enough to buy booze. We split a mickey of vodka, and walked down Yonge Street asking street musicians to play rock tunes. The best was a guy that did Smoke On The Water on violin. Then we went to the concert. Honeymoon Suite opened, and then Triumph came on. We were chatting up the girls in the row in front of us, but then I think I stood there with my jaw wide open watching Rik Emmet do amazing things on a guitar that I had never heard or seen before. WOW. This album instantly brings back that day and all the amazing feelings come rushing back.

Again, I propose a challenge to the fellow bloggers to list the albums that barely did not make the list and some words about the hardships involved in choosing to not include them.

Today Queen Elizabeth II is the longest serving UK monarch. To honour this achievement I will list some songs with the band title or song title with the word Queen. Some of the songs may not be pro-monarchy, but no disrespect is intended.

I missed the anniversary of John Lee Hookers birthday, so the above is a little tribute to him as well.

Epic screams for an epic event. Queen in the band name and song title.

Again, Queen in the song title and band name. Fit for a Queen.

Will this song, and the album it is from, Nature of the Beast make my top 15 albums on the 15th. HMMM.

In my world all Queens listen to metal.

Ann, Nancy and company ripping it up. The double neck guitar is the icing on the cake.

Again. No disrespect. I just love this song, and it may be the best known song about a Queen.

Rudolf Schenker is an original member of the band Scorpions. He founded the band in 1964 when he was 16 years old. He is one of the main songwriters in the band, and he is usually the rhythm guitarist but I will feature a few songs that he plays lead guitar in.

Still Loving You from the album Love At First Sting

Big City Nights from the album Love At First Sting

Klaus and Rudolf on stage with Dio in 2002

Happy Birthday Rudolf Schenker. You are Scorpions and we are crazy.